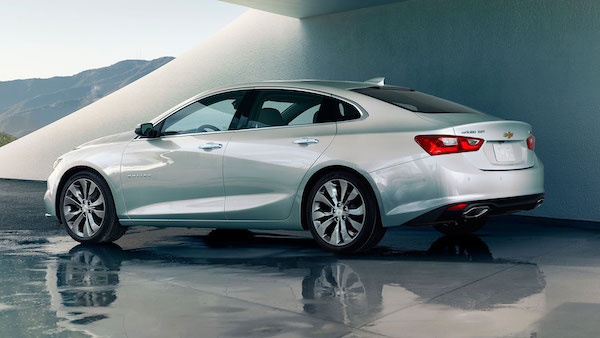 What if GM built a mid sized family sedan that people actually wanted to buy.  Fully redesigned for 2016, the Chevy Malibu might finally qualify. In the past it has been way too easy to dismiss Chevy’s midsize sedan as just a rental car mainstay, that you got for a week in Orlando and then you’re done with it. It’s styling was boring, and the rear seat was simply too small. Renamed the Malibu limited, this car does hang around for a bit more. But that  outgoing Malibu had some strong points.  It had a quiet cab and a great ride and a simple infotainment system.   Can GM hold onto the Malibu’s strong points while fixing its weaknesses, well looks like they did. 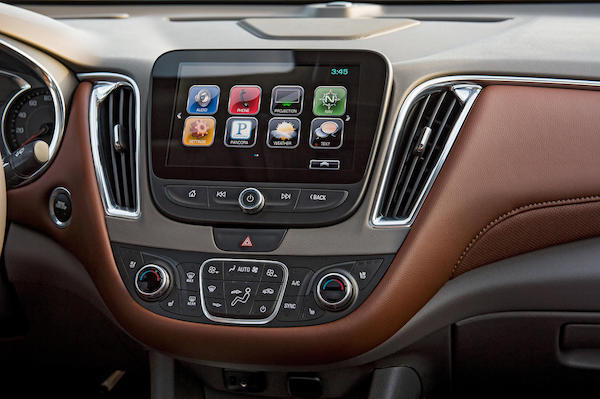 The Stylings’s much more attractive now.  The Malibu flows beautifully from head to toe with sweeping rear and a short trunk lid. It looks a little bit like an Audi A7.  The rear seat leg room is much more spacious as well, and driving this Malibu, it’s more pleasant overall than driving a Honda Accord.  The cabin is quiet inside the Chevy rides well, even with the 19 inch tires of this top trim premier.

It feels very composed and with plenty of speed but not exactly sporty.  The biggest knock against the Malibu is that while it’s a great accomplishment for General Motors, it doesn’t exactly break new ground.  You see the Ford Fusion proved that America could build a shapely, quiet great riding fun to drive sedan and that was four model years ago. The Malibu is also in philosophical lockstep with the fusion under the hood with a pair turbocharged four-cylinders, and no V6. The base engine is a 1.5 Liter turbo 4, that makes 163 hp and this isn’t the most impressive engine out there. It has a raspy note to it while it feels quick of the line, it runs out of steam fast. 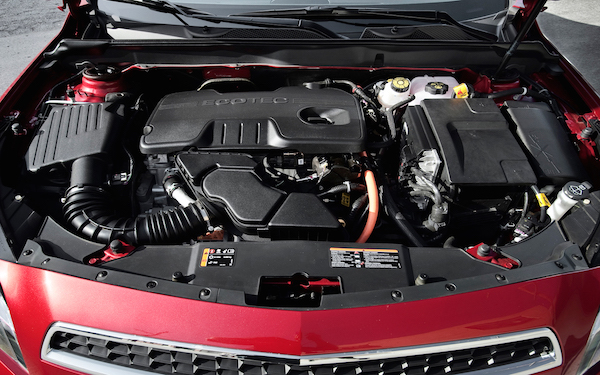 The F-level 2 liter 250 hp turbo 4, is much more pleasant, sounds more cultured. and power is effortless.  Both of these engines are made  into conventional automatics six speeds for the 1.5 Liter, and an eight speed for the 2.0 Liter.  Going with the conventional automatic skips the frustrations that often come with the continuously variable transmission found in many rivals.  Buyers who emphasize fuel economy can opt for the hybrid.  While previous Malibu hybrids messed around with underwhelming light hybrid system this time the Malibu is a more efficient, full hybrid, using what Gm learned, from their electric Volt.  Inside you do give up some visibility for the Malibu styling,  the Subaru Legacy or Honda Accord might look more frumpy, but they’re also more easier to see out of.

The rear camera is standard and you can easily get advanced spacing gear, like forward collision warning with auto breaking.  Controls are pretty simple with big climate buttons, the easy to use my link infotainment system and Apple car play.  Seat fabric on the dashboard adds some visual interest, otherwise this basic Malibu feels rental grade inside.  The loaded Malibu premier, it is quite a bit nicer helped by leather and a giant panoramic moon roof.  That nice is also reflected in the car’s price, loaded with a 2.0 Liter turbo it stickers for $34,285.  The more basic Malibu 1 Liter, with all the safety gear stickers for 27,985 dollars.

All in all, this Malibu is a big step forward for this venerable named car.